Hockey Edmonton is proud to announce the return of one of the biggest and longest-running minor hockey tournaments in the world, Quikcard Edmonton Minor Hockey Week, from January 7 to 16, 2022.

Since 1964, the tournament has been a pinnacle week in the season for minor hockey in the city, as Quikcard Edmonton Minor Hockey Week determines the top teams in every division. The legacy even includes a Guinness World Record in 2003 for the largest ice hockey tournament. This season Hockey Edmonton anticipates about 10,000 players from more than 600 teams ranging from Novice to U18, and representation from all corners of the capital region, to participate at the 2022 edition of the event

Over the past 58 years, with the exception of a one year pause due to the COVID-19 pandemic, Hockey Edmonton has gathered hundreds of thousands of people, including players, families, coaches, referees, and volunteers. With its rich history, this tradition of celebrating minor hockey and making memories in the capital city region is a legacy that is set to last for generations to come.

Come celebrate the start of Quikcard Edmonton Minor Hockey Week, complete with our FIRST game of the tournament, plus the annual Edmonton Oilers Alumni versus Media celebrity game, and MORE! Stay tuned for some awesome prizes for people in attendance that night. 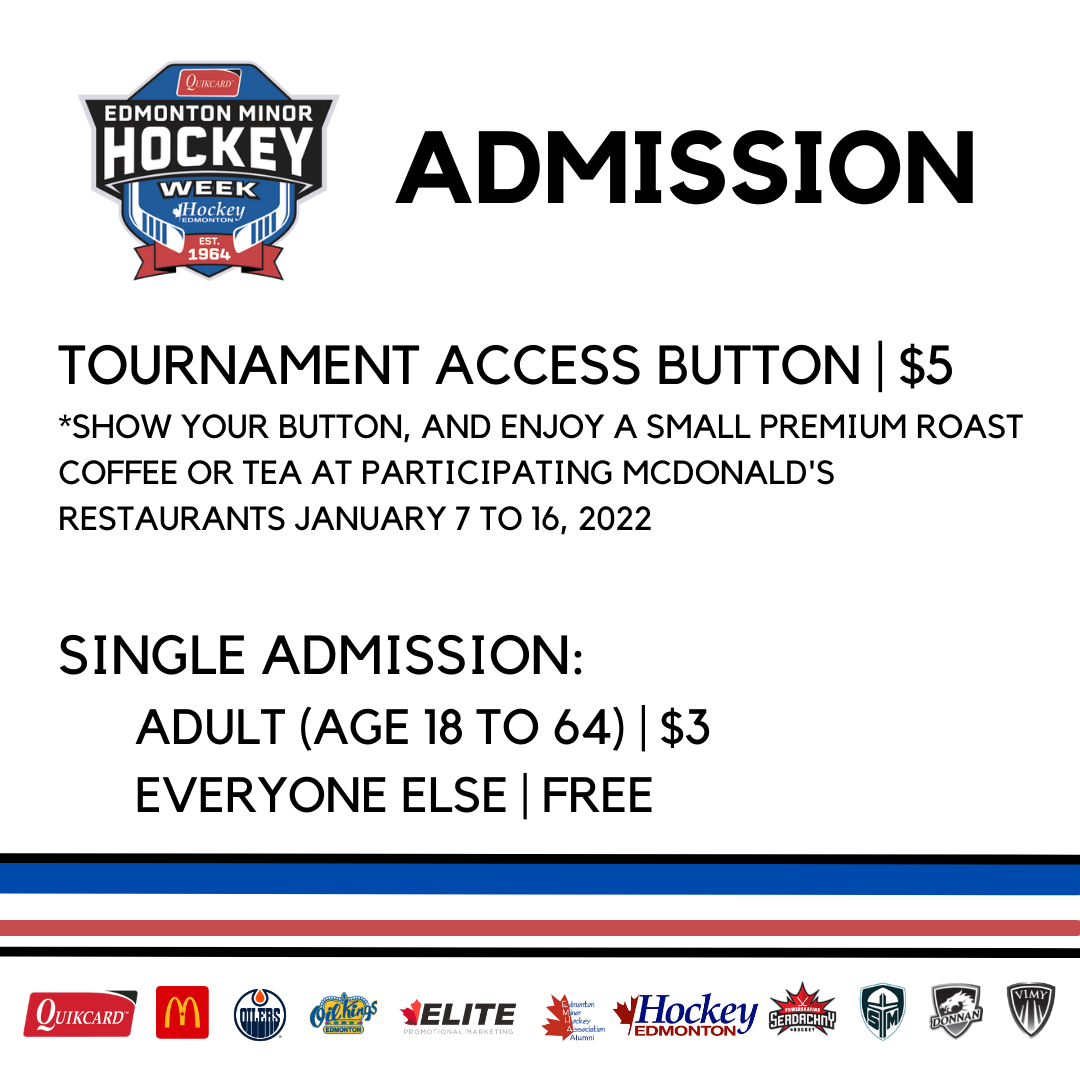